Emma Barker was bright, kind, fierce, funny, sunny, infectious, and a bundle of hope. Whenever we spent time together, I was always inspired for the future.

The first time I went on a night out with her, she’d played a set of her own songs at the weekly open mic night in Déjà Vu. We stayed out late and, at an after hours lock in at Bar Iguana, she got up to the mic and sang You’ve Got The Love. It was 2009 and Florence and the Machine had recently released the cover.

The last time I went on a night out with her, we went from bar to bar, and she carried her guitar around with her. As we passed people, some would shout, “Give us a song!” and she didn’t hesitate to oblige. She would never pass up the opportunity to sing or dance or let loose in any way. It was just a few months ago.

That night, I could sense that something wasn’t right and Emma was on my mind a lot after. I wish I could have said the right words or visited her again in Reading sooner or that I just could have helped her in any way. 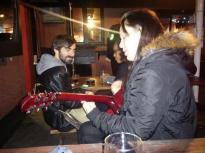 The night I got my final year Uni results, Emma came to celebrate with me. Worse for wear, but happy as can be in this photo.

It’s now been a matter of weeks since Emma ended her life. A week after her funeral, I found myself at Glastonbury.

175,000 people piled into Worthy Farm to pitch up their tents for the festival. That’s more people than the population of Reading and I felt like I’d stepped into a whimsical, crazy, creative pop-up town. Everyone was full of life and letting loose, with no reservations, and there were bursts of activity at every turn. Emma would have been in her element and, again, she was on my mind a lot.

A few of my highlights: the Pyramid stage at nighttime; waving back at the Dalai Lama as he passed in a car; discovering new music like that of Ibeyi; seeing the lobsters come out for their Lord, Lekiddo; Kate Tempest’s Hold Your Own; a Lionel Richie flash mob; the atmosphere as I walked around; Arcadia’s spider spectacular; the love of music that was everywhere.

My absolute, utmost highlight: Florence and the Machine. I was so happy to get the chance to see her play. Her whole performance summed up the spirit that I felt while at Glastonbury.

So much has happened in the past few weeks to make me rethink the way I’ve been approaching life. I’ve always been a closed book, but even more so in the past year and things have been left to weigh down on my mind. I’m going take inspiration from Emma, Florence, and the people I encountered at Glastonbury to try to be more open, to let loose, and to be less afraid of falling. 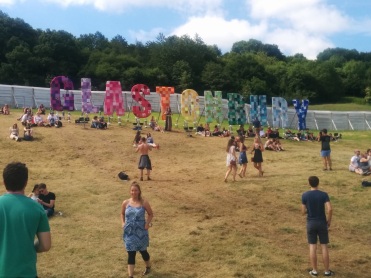 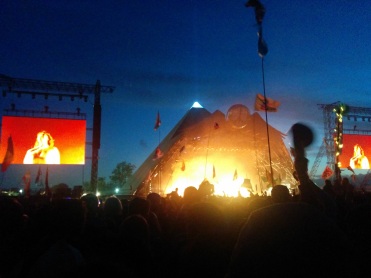 You’ll find a jumbled maze of thoughts, with a leaning towards writing, code, and travel. And I promise I cringe more than anyone when I read back through many of the posts you’ll find. :D